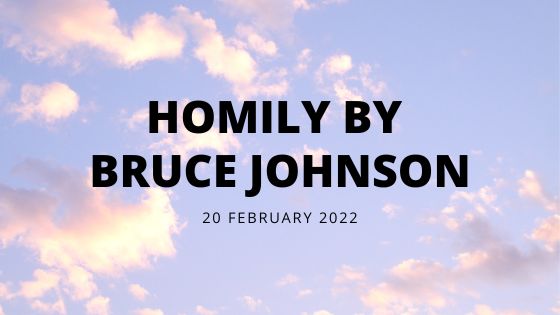 “Be Merciful Just as Your Father is Merciful”

Jesus didn’t begin his public ministry until he was almost thirty years old.  But it didn’t take long for his reputation to spread.  He was an amazing preacher.  As time went on the crowds grew.  Hundreds of people gathered to hear him preach.  On some occasions there were thousands.  He did not have a microphone or speaker system.  But Jesus had a strong clear voice and people could hear him clearly even at a great distance.

When Jesus spoke, he often made disparaging remarks about the Pharisees.  These were well-educated men who came to Jerusalem from many parts of the Roman empire to study under the most famous rabbis of the day.  The Pharisee we know the most about was a man named Saul.  His Greek name was Paul.  He had grown up in the city of Tarsus, famous as a center of higher education.  It was what we would call a “university city.”  Paul was well educated and as a young man, he went to Jerusalem to study to become a Pharisee.  He was a student of Gamaliel, the most renowned rabbi of that time.

So, what did Jesus say about these Pharisees? It wasn’t very nice!  According to Jesus, the Pharisees had misunderstood the meaning of the Hebrew Scriptures — the Law and the Prophets!  They had completely missed the point!  This was a devastating accusation.  The Pharisees claimed to be authorities on the true meaning of the Hebrew Scriptures.  As they traveled through the country admonishing people to observe every detail of the Law of Moses, they often warned them of the coming Day of Judgment.  On that day, they warned, you will stand before God and be judged on how faithfully you have kept the Law — how you have observed the Sabbath, how carefully you have maintained a Kosher kitchen.  In their reading of scripture, in addition to the Ten Commandments, the Pharisees identified more than 600 other laws and they claimed to be observing each and every one of them!  Every detail of their lives was covered by one or more of these laws.  They were extremely religious.

“Woe to you Pharisees, hypocrites! For you are locking people out of the Kingdom of Heaven! You don’t go in yourselves, and when others are going in, you stop them! You hypocrites! You are like whitewashed tombs, which look beautiful on the outside, but inside are full of the bones of the dead!”  Not very nice!

There were quite a few different forms of Judaism in Jesus’ day.  One of the things that distinguished the Pharisees from other Jewish teachers was that they were convinced that someday the dead would rise from the grave and that on that day they would be judged.  They believed in the Judgment.  So, I find it interesting that in the gospel of Matthew we find one of Jesus’ parables in which he talks about the Judgment.  Incidentally, the Gospel of Matthew tells us that Jesus never taught without using parables.  He used parables to help him think in new ways. In this parable, the dead have all been raised from the grave and are standing before God.  It is, Jesus explained, like a shepherd who gathers his livestock and proceeds to separate the sheep from the goats — sheep on his right hand, goats on the left.  The goats are the ones who are condemned.  God looks their way and says, “Depart from me! I never knew you!  I was hungry and you gave me no food.  I was a stranger and you didn’t invite me in.”  The people are confused and cry out, “Lord, when did we ever see you hungry and give you no food?  When was it?  And God answers, “Truly I tell you, when you did not do it for the least of these you did not do it for me.”  As you can see, Jesus’ teaching about the Day of Judgement was quite different from the teaching of the Pharisees on that same subject.

And so, we come to today’s Gospel reading — an excerpt from one of Jesus’ sermons.  Luke introduces this sermon with two stories in which Jesus and his disciples are criticized by the Pharisees for not properly observing the Law of Moses — not acting in a way that is truly pleasing to God.  And so, in his sermon, Jesus goes on to explain exactly what it is that really does please God.  “If anyone strikes you on the cheek, offer him the other cheek also.  If someone takes your coat, give him your shirt also.  Forgive people and you will be forgiven.  Lend to people, expecting nothing in return.”  This is what is pleasing to God.

How very different was our Lord’s teaching from that of the Pharisees. His message was all about how we treat people — especially the difficult people in our lives.  This is what God really cares about and this is what God wants us to care about.

It’s clear to me that Jesus’ message was countercultural then and it is countercultural today.  Unlike the Pharisees, he was not challenging the people to be more pious — to be more religious.  He was not urging them to spend more time studying the Bible.  The Pharisees spent hours every day studying the scriptures.  He was calling on the people of his day to be prepared to give away whatever they had, not to their friends and loved ones, not to be more generous with their children and grandchildren.  He was calling on them to be more open and generous with the problem people in their lives.  Who are the difficult people in our lives?  I know I’m supposed to love my neighbor but these people aren’t my neighbors, are they?  Who is my neighbor anyway?

The more I think about it, the more I’m convinced that Jesus’ message is more countercultural than it would have been in Galilee 2,000 years ago. There’s a sense in which Jesus’ teaching is un-American!  Strong individualism is one of the hallmarks of our American culture.  You take care of yourself and your family and I’ll take care of myself and my family.  It’s the American way.

As we have seen, his teaching brought into question the values and priorities of the Pharisees.  But it was also contrary to the value system of the Sadducees who were in charge of the Temple in Jerusalem.  They were even wealthier than the Pharisees.  In a sense, they had turned religion into a racket.  Or, as Jesus put it, they had turned the Temple into a “den of thieves.”

Historians tell us that some of the Jewish people living in Judea and Galilee had embraced the Roman culture and had managed to become quite wealthy.  One of the ways in which you could do this was by becoming a government tax

collector.  Roman officials had divided this part of the empire into what could be called “tax districts.”  They knew exactly how much tax revenue was due from each of these districts.  In order to be commissioned as an official tax collector, it was necessary to first pay the Roman Government the full amount due from your district.  You were then empowered to collect as much tax money as you could from the people in that district.  Needless to say, these officials collected far more than they had given to the Roman government.  Their lives were all about “getting ahead in the world” —  wearing the latest fashion, buying a new house in the best neighborhood.

I’m sure you recall that one of our Lord’s disciples had, in fact, been one of these Roman tax collectors.  His name was Levi and we can be sure that he was very wealthy.  In response to the call of Jesus, he walked away from that position and the luxurious lifestyle that went with it.  Soon after he responded to Jesus’ call, Levi invited all of his tax collector colleagues to what Luke calls a “great banquet.”  He wanted them to meet Rabbi Jesus.  Levi’s life would never be the same.

So, what were these values that Jesus proclaimed?  What is it that really matters to God?  It seems that it is the opposite of what mattered to the Pharisees and tax collectors — wealth, security, and the “Good Life,” According to Jesus, it’s all about showing mercy, forgiving people, and sharing what we have with those in need.

In a few minutes, as we pray together, we will ask God to forgive us as we have forgiven the people who have trespassed against us.  Let us also pray that we will be merciful as our Father in Heaven is merciful. 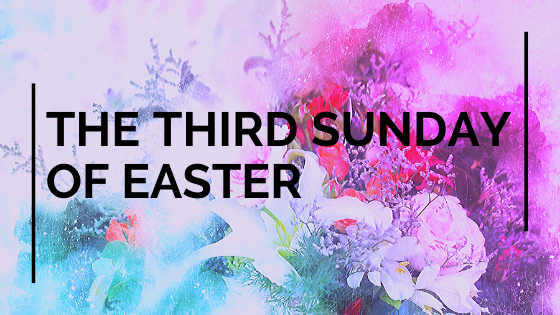 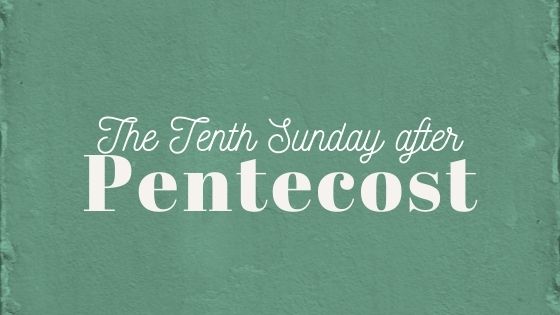 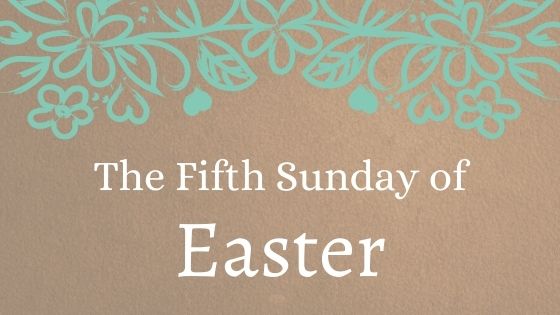 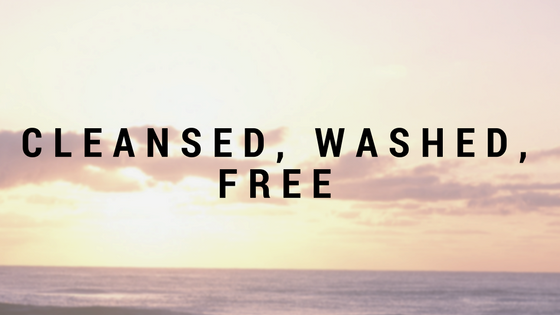 Washing clothes since the beginning of time has been hard work, only in the 1950’s did it get any easier for 20th century women.  Not only does doing the wash take a toll on the washer, it also stresses the fabric, in many cases stretching it or wearing it thin. Each Sunday I recite on… 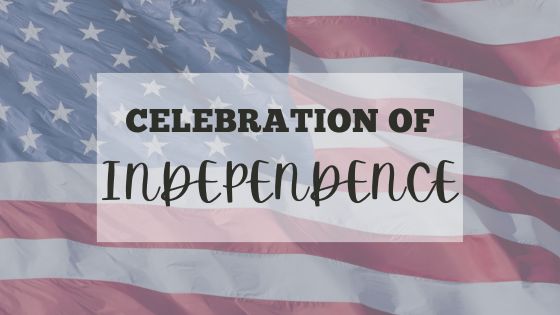 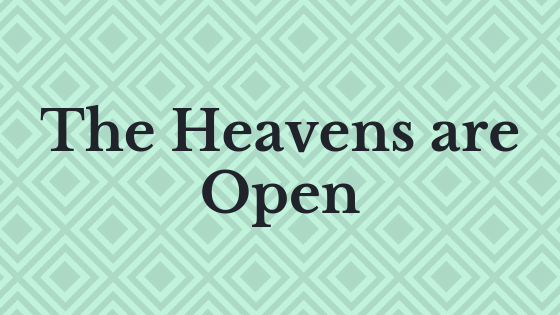 When Jesus was baptized in the River Jordan, we are told that the heavens were open and the Spirit of God descended.  When we are baptized into the Body of Christ, into Jesus, then, to the heavens are open and we say to the newly baptized “You are sealed by the Holy Spirit and marked…