Mary Kittera Snyder: Founder of All Saints in Selinsgrove 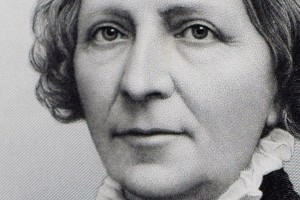 Mary Snyder was a woman well ahead of her time. After financial misfortune caused her to move from Philadelphia to Selinsgrove, she undertook the care of an invalid aunt, conducted a private school and served as postmistress of Selinsgrove. It must have been a considerable wrench to leave the stately Kittera mansion at 518 Walnut Street opposite Independence Square. But Miss Snyder was a woman of shrewd determination, vision, grit and above all faith!

Upon the death of her aunt, Anne Kittera, a deed to land in Illinois was discovered among Miss Kittera’s papers. The deed was proved and Mary’s fortune was restored. She rapidly set to work upon what must have been a resolution long standing. She would build an Episcopal church to the glory of God where the sacraments would be celebrated according to the Book of Common Prayer which she loved and which directed her life.

The All Saints Church appearing in it’s familiar form was no mistake. Books from Miss Snyder’s library revealed a deep interest in all things Anglican, particularly with regard to the Church of England. Thus, All Saints was built with a cruciform architectural plan. Mary kept the construction of All Saints under careful supervision. Visiting the new building several times daily, she took special pride in ringing the great bell which carries the name of Simon Snyder. As she happily pulled the bell-rope, she was heard to exclaim to all within hearing, “Listen to the Governor now, listen to the Governor.”

One of her fondest hopes was to have the church dedicated on All Saints Day in 1900. However, Mary died in her home on July 27th, 1900. Held on July 30th, her funeral was the first service to be held in the nearly complete edifice. Her resolution was fulfilled with All Saint’s consecration on November 3rd, 1908.

It was Mary Kittera’s wish to have a fireplace in use ‘for her comfort’. Although the fireplace was constructed and is still in the church, Miss Snyder did not get to enjoy it due to her untimely death. The fireplace itself is no longer lit, the area is used today during the Christmas Season to display the Creche celebrating the birth of Our Lord Jesus.